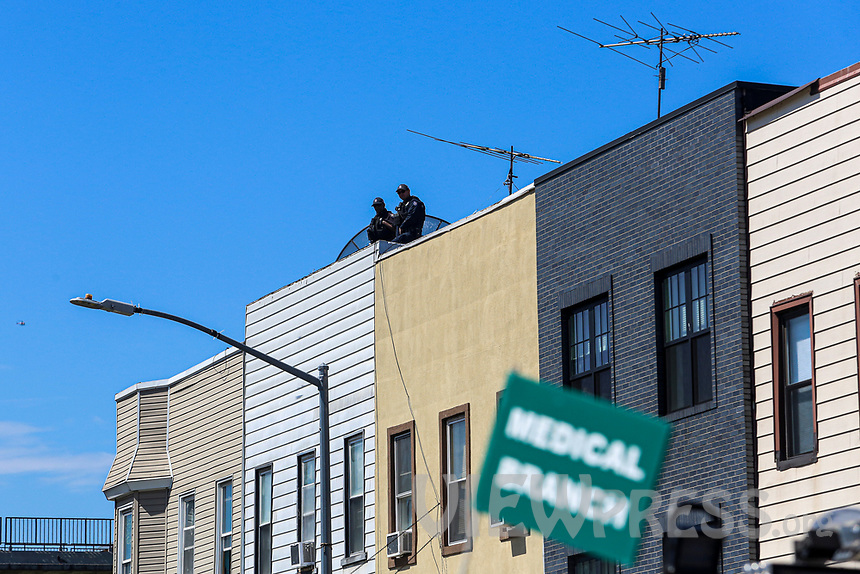 NEW YORK, NEW YORK - APRIL 12: Police and emergency services gather at the scene of a reported shooting of multiple people outside the 36 St subway station on April 12, 2022 in the borough of Brooklyn from New York City. According to authorities, several people were reportedly shot and several unexploded devices were discovered at the 36th Street and Fourth Avenue station in the Sunset Park neighborhood. (Photo by Pablo Monsalve/VIEWpress)