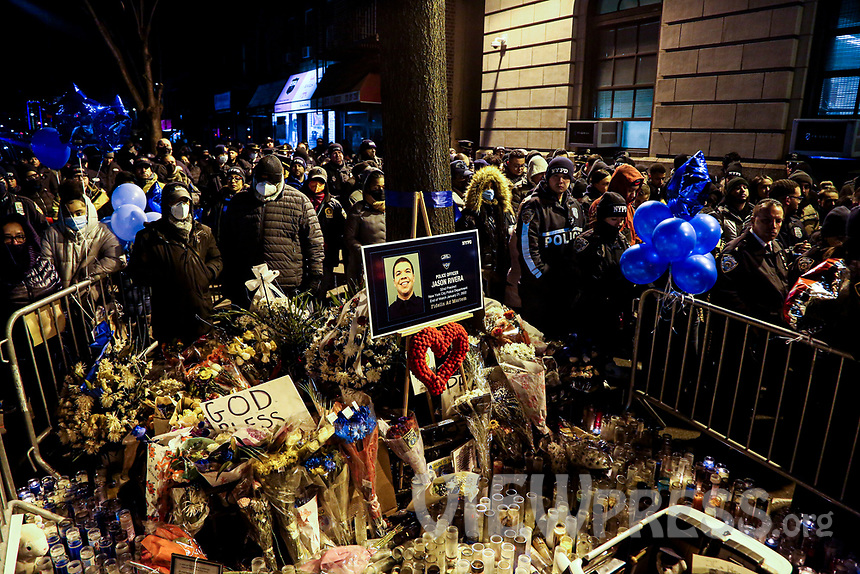 NEW YORK, NEW YORK - JANUARY 26: View of the altar with the candles and objects that people have left during these days in the 32nd district of Harlem in New York City on January 26, 2022. A large vigil is held with candles and prayers to farewell Police Officer Wilbert Mora and Officer Jason Rivera who died Tuesday of injuries sustained in the Harlem apartment shooting. (Photo by Pablo Monsalve/VIEWpress)