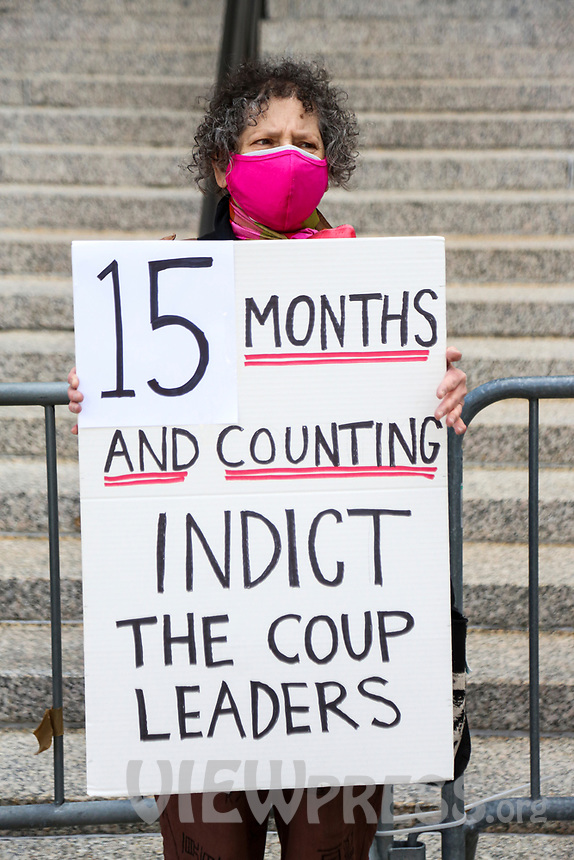 NEW YORK, NEW YORK - APRIL 08: A woman holds a placard as people take part in a protest to indict former president Trump in front of New York County Criminal Court on April 08, 2022. In New York. Former United States President Donald Trump said in an interview that he will not run again for 2024 elections, due to his health conditions. (Photo by Pablo Monsalve/VIEWpress)

You must be logged in to leave comments. Click here to log in.
Filename: Former US President Trump stop running for president in 2024007.JPG
Copyright 2022 @VIEWpress