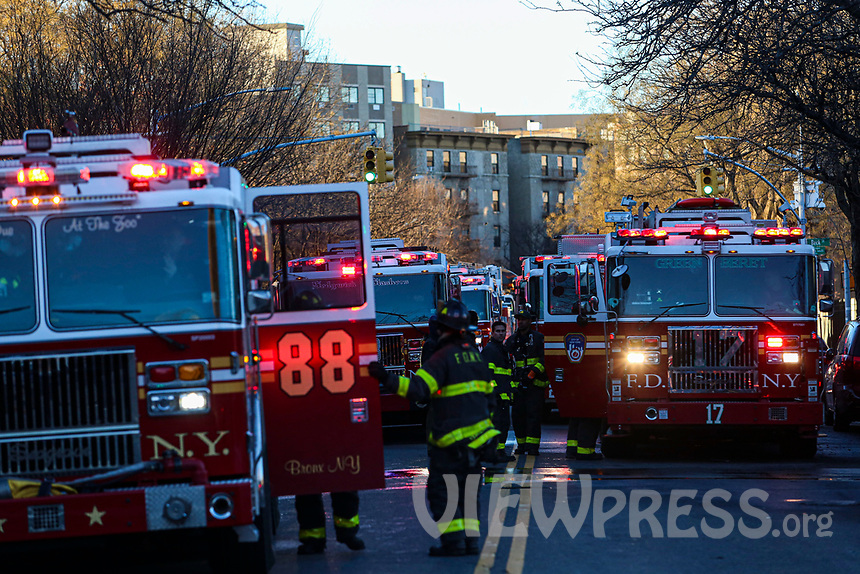 NEW YORK, NEW YORK - JANUARY 18: Hundreds of FDNY firefighters, EMS and NYPD officers are seen at the scene of a large explosion at a home located at 869 Fox Street in the Hunts Point section of the Bronx on January 9, 2022. A 77-year-old woman has died and 7 others have been injured in a Bronx gas explosion that destroyed her three-story residence on Fox St. near Intervale Avenue Longwood this morning. (Photo by Pablo Monsalve / VIEWpress via Getty Images)