Mothers march in support of Ukraine in New York (2/16) 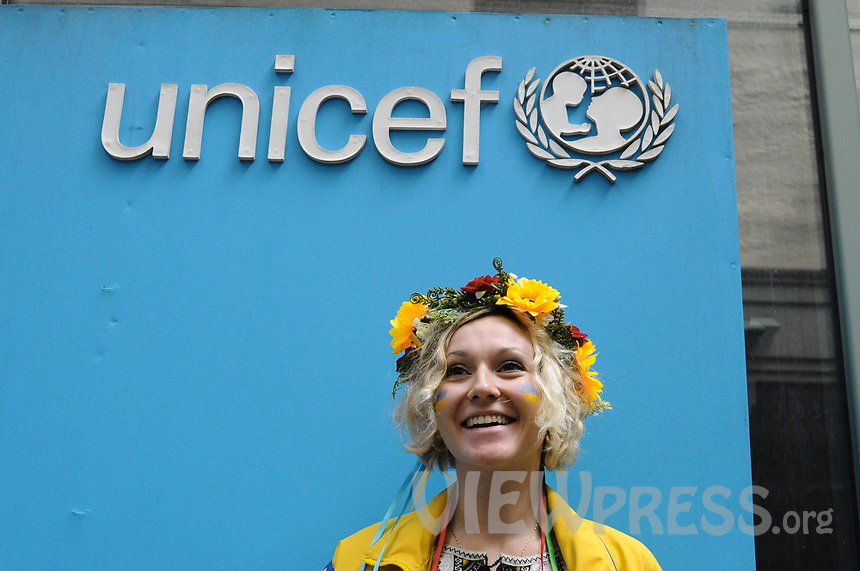 NEW YORK - MARCH 26: An anti war activist stands below the UNICEF sign outside the UNICEF office during a protest against the Russian invasion of Ukraine in New York City on March 26, 2022. People demonstrate in a “Mothers’ March” to raise awareness of the children casuales in the war. The Prosecutor General’s Office of Ukraine said on March 23 that 121 children have been killed and 167 injured in the war. (Photo by Jimin Kim/VIEWpress)