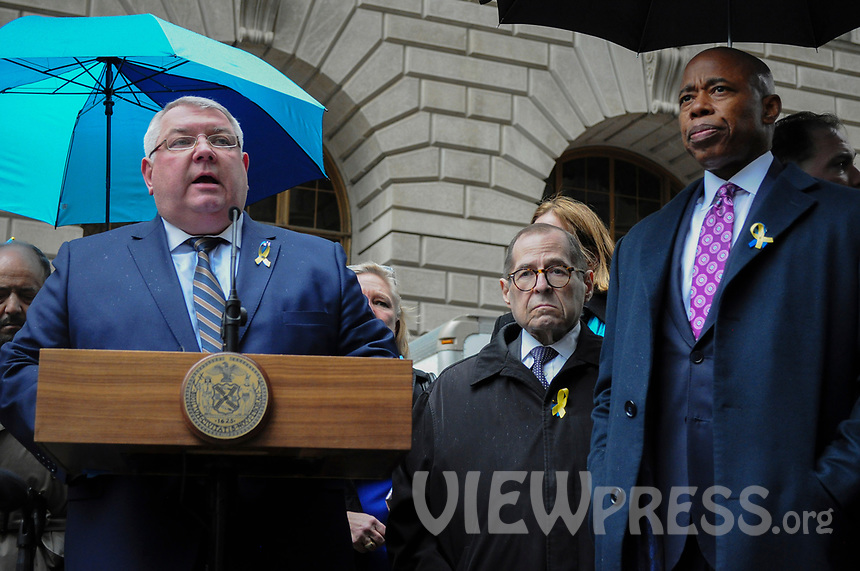 NEW YORK, NEW YORK - MARCH 23: Consul General of Ukraine for NY Oleksii Holubov speaks next to New York City Mayor Eric Adams during an event to raise the Ukrainian flag in support of the people of Ukraine at the Bowling Park in the heart of financial district. March 23, 2022. The United States vowed to donate $1 billion to help countries in Europe to take in people fleeing their country by war. (Photo by Jimin Kim/VIEWpress via Getty Images)