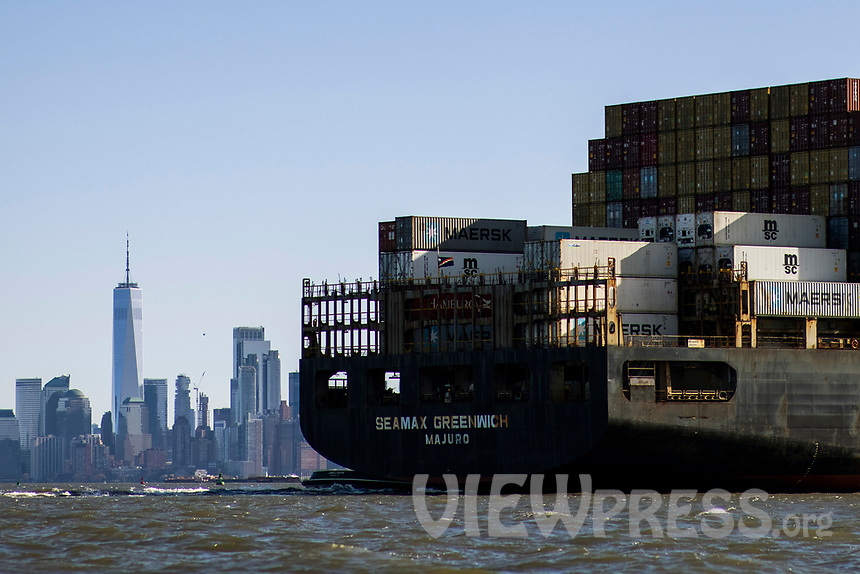 NEW YORK - NEW YORK - MARCH 22: The One World Trade Center is seen in the background while a cargo ship filled with containers sails the New York Harbor on March 22, 2022. In New York. Economists warned the probability of the economy plunging into a recession in the next year for United States as it has risen abruptly in the wake of the Russia-Ukraine war. (Photo by Eduardo MunozAlvarez/VIEWpress)

View This Image's Galleries:
Russia-Ukraine war will probably plunging economy for US