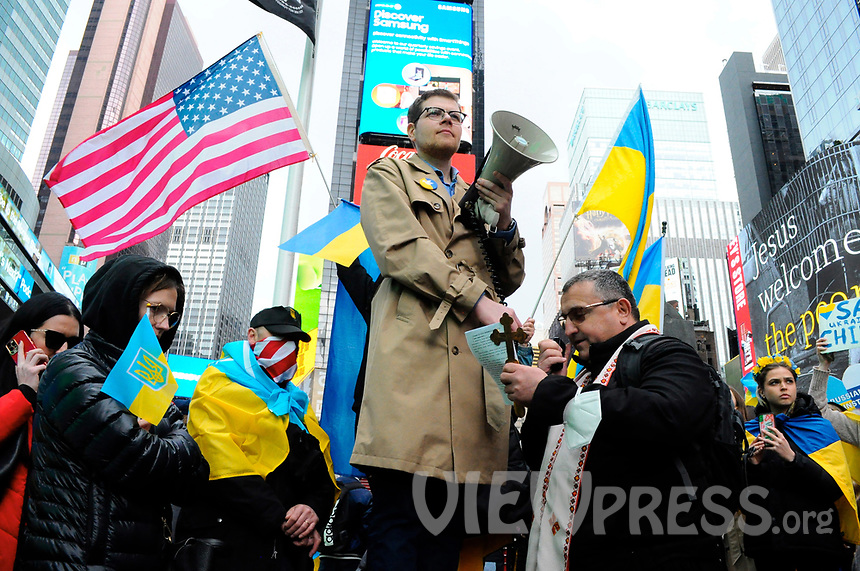 NEW YORK - MARCH 26: An antiwar activists march during a protest against the Russian invasion of Ukraine in Times Square New York City on March 26, 2022. People demonstrate in a “Mothers’ March” to raise awareness of the children casual=es in the war. The Prosecutor General’s Office of Ukraine said on March 23 that 121 children have been killed and 167 injured in the war. (Photo by Jimin Kim/VIEWpress)

View This Image's Galleries:
Mothers march in support of Ukraine in New York