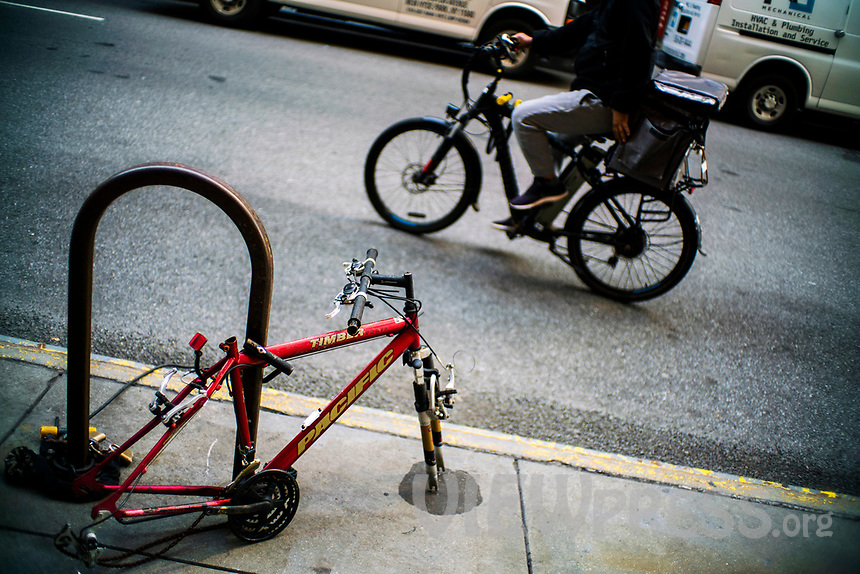 NEW YORK, NY - OCTOBER 15: A bicycle is seen after people stealing its parts and components at Times Square on October 15, 2020 in New York, At least 4,477 bicycles have been reported stolen with an increase of 27 percent from same period last year, according to the police. (Photo by Eduardo MunozAlvarez/VIEWpress)