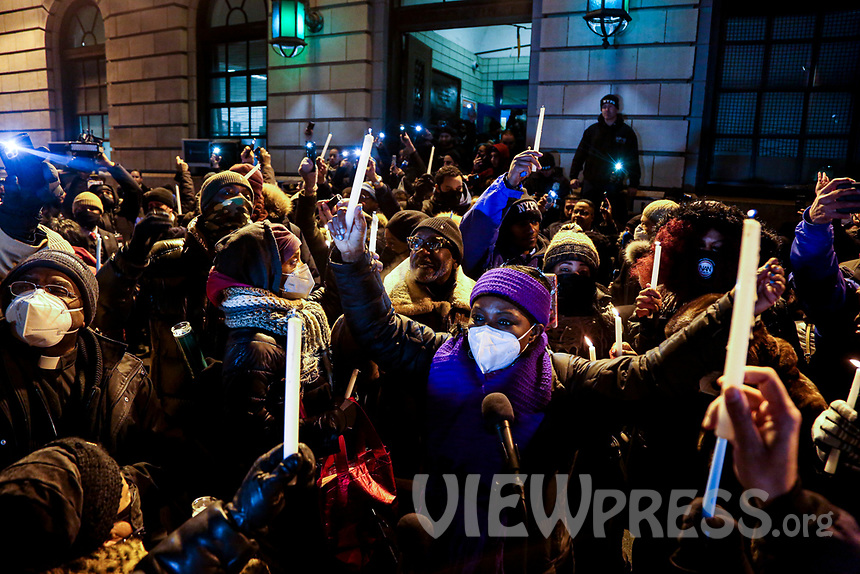 NEW YORK, NEW YORK - JANUARY 26: Many people dance and light candles in the 32nd Precinct of Harlem in New York City on January 26, 2022. A large candlelight vigil with prayers is held to fire the police officer Wilbert Mora and Officer Jason Rivera who died Tuesday from injuries sustained in the shooting at the Harlem apartment. (Photo by Pablo Monsalve/VIEWpress)

View This Image's Galleries:
A vigil for NYPD officers Wilbert Mora and Jason Rivera who were killed in a shootout