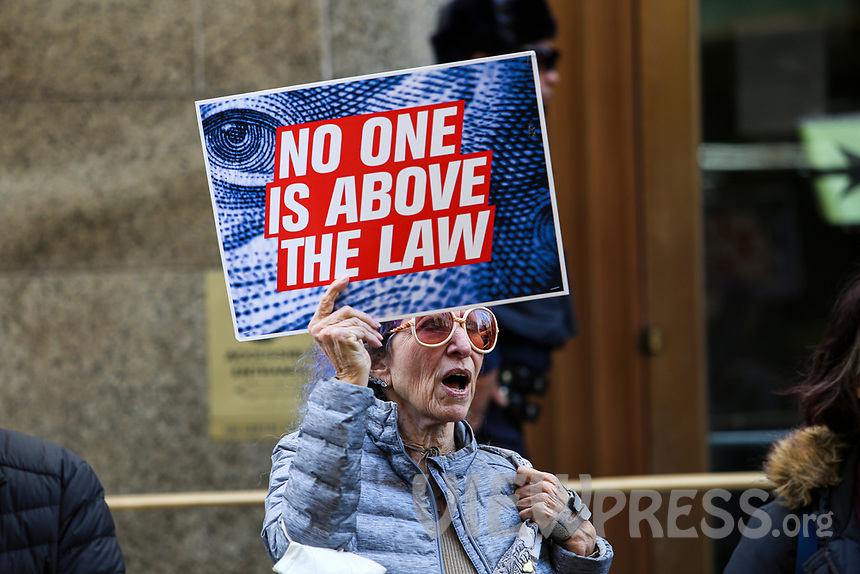 NEW YORK, NEW YORK - APRIL 08: A woman holds up a placard as people take part in a protest to indict former president Trump on April 08, 2022. In New York. Former United States President Donald Trump said in an interview that he will not run again for 2024 elections, due to his health conditions. (Photo by Pablo Monsalve/VIEWpress)

View This Image's Galleries:
Former US President Trump stop running for president in 2024