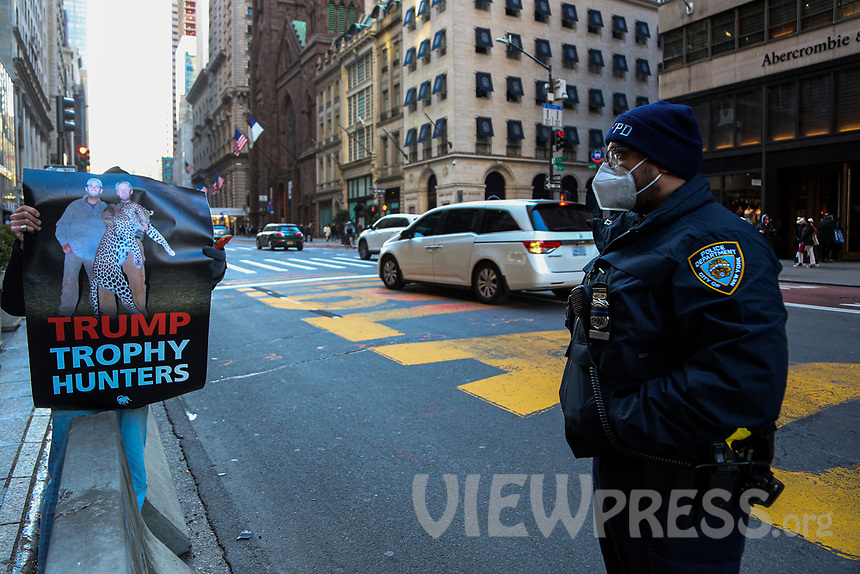 NEW YORK, NEW YORK - JANUARY 22: People hold banners as they protest in front of Trump Tower in New York City on January 22, 2022. Activists gather to protest against Trump brothers whom are leaders of Safari Club International, the notorious Trump brothers spend their free time hunting and killing animals around the world. (Photo by Pablo Monsalve/VIEWpress)

View This Image's Galleries:
Protest against the use of animal skins and the hunting of anime in New York